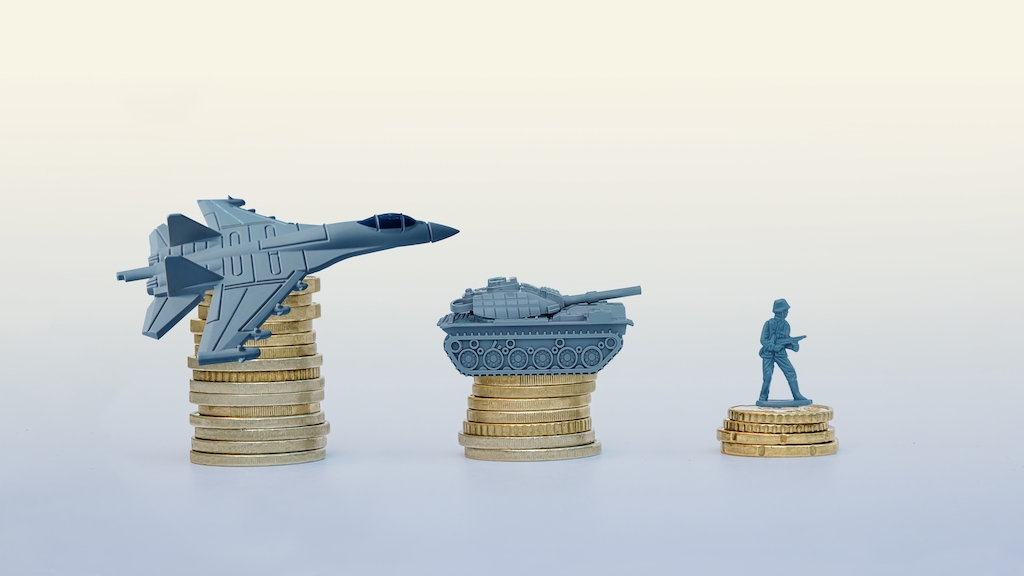 As a company that has a significant defense aspect to our business model, we occasionally get asked about the ethics of investment, as it involves feeding money into an industry that produces military equipment. We wrestled with this concept ourselves when we first started our company but decided that we needed to create something that would make a difference not only to the world’s knowledge but also to our safety as a nation. Investing in defense is necessary for national security.

One of the most fundamental arguments for investing in defense is that it helps to protect our country’s citizens (including the investor!) from external threats. In addition, advances in military technology, particularly novel ones, can deter potential attackers and defend against foreign aggression.

Some argue that investing in defense incentivizes conflict and violence. The production and use of weapons can contribute to an arms race as countries try to outdo each other in terms of military strength. This topic has been debated for decades, and the general consensus is while there is some correlation, causation is not the case. Remember that the race itself is a time of peace and for a race towards better and better systems :“ the grim truth is that not racing is as hazardous as racing.” The whole point of an arms race is to make the cost of a war prohibitively high.

So, what should you, as an investor, consider morally when deciding whether to invest in defense? (note: we are not making an investment recommendation).  One simple approach is to consider whether the company’s products are used for defensive purposes or offensive ones. Investing in companies that produce non-lethal or defensive equipment, such as body armor or surveillance systems, may be more ethically defensible than investing in companies that produce weapons of mass destruction. The products that HyperKelp produces are decidedly in the former camp; we build passive sensors capable of detecting and alerting on threats. In fact, our autonomous systems require putting fewer human operators in harm’s way than comparable systems.

Consider also the military doctrines of the adversaries we are currently facing and are likely to face in the near future. Are these doves or hawks? Based on events in Eastern Europe and in the South China seas, the future appears quite clear. We at HyperKelp believe that there is a practical, financial, and moral imperative to improve our maritime security.

If you’d like to help us on our path – please take a look at our offering on Spaced Ventures. If you choose to show your financial support, it could help us change the way intelligence is gathered across the world’s seas.

Invest in HyperKelp @ Spaced Ventures
By hyperkelp|2022-12-21T19:05:46+00:00December 21st, 2022|
Page load link
We use cookies on our website to give you the most relevant experience by remembering your preferences and repeat visits. By clicking “Accept”, you consent to the use of ALL the cookies.
Do not sell my personal information.
Cookie SettingsAccept
Manage consent

This website uses cookies to improve your experience while you navigate through the website. Out of these, the cookies that are categorized as necessary are stored on your browser as they are essential for the working of basic functionalities of the website. We also use third-party cookies that help us analyze and understand how you use this website. These cookies will be stored in your browser only with your consent. You also have the option to opt-out of these cookies. But opting out of some of these cookies may affect your browsing experience.
Necessary Always Enabled
Necessary cookies are absolutely essential for the website to function properly. These cookies ensure basic functionalities and security features of the website, anonymously.
Functional
Functional cookies help to perform certain functionalities like sharing the content of the website on social media platforms, collect feedbacks, and other third-party features.
Performance
Performance cookies are used to understand and analyze the key performance indexes of the website which helps in delivering a better user experience for the visitors.
Analytics
Analytical cookies are used to understand how visitors interact with the website. These cookies help provide information on metrics the number of visitors, bounce rate, traffic source, etc.
Advertisement
Advertisement cookies are used to provide visitors with relevant ads and marketing campaigns. These cookies track visitors across websites and collect information to provide customized ads.
Others
Other uncategorized cookies are those that are being analyzed and have not been classified into a category as yet.
SAVE & ACCEPT
Go to Top